Dear Home Ec 101:
A friend told me that bay leaves are poisonous, and that’s why you remove them before serving. Isn’t it kind of…insane to cook with a poison plant? If they are ok, would you tell me how to use bay leaves?
Signed,
Is it safe?

You know, that never made sense to me, either. My reasoning was “If it’s true, the poison gets into the food during the cooking process, so the removal of the leaf is a moot point. And if it’s not true – why are we supposed to remove it?” So, I finally looked into it, because I wanted to feel comfortable using them. And not die much.

Without getting into the technical terms I came across in my research (sesquiterpene lactone, anyone?) let me assure you that the bay leaves sold for cooking are not poisonous, and are perfectly fine to cook with. The herb commonly referred to as “bay leaf” comes from an evergreen shrub or tree (depending on where it’s grown) called bay laurel, also known as Laurus nobilis or sweet bay, and its leaves are non-toxic in reasonable quantities.

The confusion regarding whether or not bay leaves poisonous may come, in part, from the fact that other laurels are toxic, and the leaves look similar. If you aren’t 100000% certain the tree you want to pick a leaf from to toss into your stew is the right kind, then DON’T. Just stick with bay leaves sold for cooking and you’ll be fine.

Did you notice I said “reasonable quantities?” Too much of a good thing can be bad, and that includes bay leaves. Don’t worry though — in order to get a toxic effect from bay leaves, you’d need to eat at least several quarts of packed leaves. Who, in their right mind, is going to do that?  (Of course, some people are allergic to certain plants, and should avoid them. That doesn’t mean they’re poisonous. My dad was allergic to basil. Very sad.)

Why should I “remove bay leaf” before serving?

Those leaves are tough!

Even all-day simmering in a soup or stew does not disintegrate or soften them. They’ll be leathery at best, and the edges can be a little sharp. Besides being downright unpleasant to swallow, a bay leaf can scratch your throat, stomach or intestines. In my research I found mentions in a medical journal of individuals who had inadvertently swallowed a whole bay leaf, which then became lodged in their digestive tract, causing extreme pain. The leaves had to be surgically removed. So…keep the leaves WHOLE when adding to the pot, and when removing, count to make sure you’ve gotten them all. 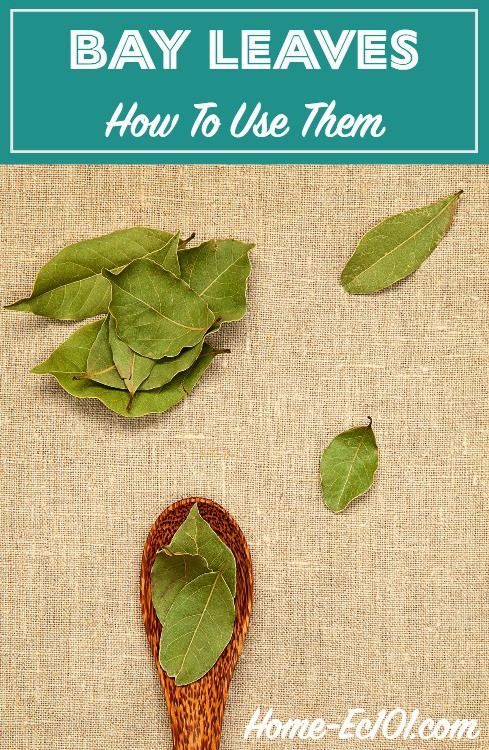 Just kidding. Yesterday, I mentioned to a friend that I was going to write about bay leaves. She said she never understood the point of them, since the recipes always say to take them out anyway, so she’s always omitted them. As we talked, I tried to convey what she was missing, and by the time we parted ways, she was excited that I am going to bring her some of my stash when next we meet.

When I was newly married and teaching myself to cook things that didn’t require mixes, any attempt at making beef stew came out wrong. Not that it was horrible, but it didn’t taste like mom’s stew, which was simply the best I’d ever had. Same with vegetable soup, and pot roasts. They even smelled wrong when they were cooking. After talking with her, I figured out that what I’d been missing was the bay leaf. Like my friend, I’d dismissed them as not that big a deal, not realizing that they were the very thing that made the aroma of mom’s vegetable soup so comforting.

Yes, comforting. Relaxing. Soothing. I’ve even simmered a few bay leaves in a pot of water simply for the aroma. (Weird? Yeah, okay. I already know.) Give me that savory fragrance over a sweet, cloying candle or air freshener any day.  But, as much as I love them, the words to describe the rich flavor that bay leaves bring to a dish elude me. It’s nothing overt. Subtle. Woodsy comes to mind. Slightly bitter. Pungent? And ever so slightly piney.

As the French say, it has a certain je ne sais quoi.* (Because they don’t know, either.)

How To Use Bay Leaves

There are tons of things you can do with bay leaves…here’s a few ideas to get you started. Even if your recipe doesn’t call for bay leaves, you can use them in:

Roast beast. Try Heather’s pot roast. Or try my standard method for beef or pork roasts: add 2 or 3 bay leaves (depending on size of roast), a few peppercorns, garlic, and onion. Then I add about ¼ cup of either white wine vinegar or the liquid from a jar of pepperoncini if I have some. Cook all day on low. Make a roux to thicken the juices that cook out to make gravy that will stun the diners. (Not like a phaser. A good stun.)

Stews of any kind: beef, pork, poultry, or vegetarian. Add at the beginning of cooking and let the long simmer add a depth to your favorite recipe.

Braising. Any meat that is cooked in liquid is fair game. Like Heather’s Beef Short Ribs. Or Chicken Bog. Oh, you MUST make this  Wine Braised Pot Roast.

Stocks and soups. Add bay leaf when making stock. Bay leaf does wonders for anything tomato-based, including spaghetti sauce and chili.  They’re in my pea soup recipe, which you’ve already tried, right?

Baked potatoes: cut scrubbed potato in half, put a bay leaf between the halves, reassemble and wrap in foil, then bake. The flavor permeates the potato flesh as it bakes. (Remove leaf, add butter or olive oil, salt, pepper as desired)

Making mashed potatoes? Add a leaf to the boiling water. Remove before mashing.

Add to any bean or lentil dish. Red beans and rice. Baked beans. Or add a couple leaves to the water when cooking dried beans.

Make pickled peppers, which are delicious on a roast beef sandwich, or served alongside pork or beef roast. These are a fresh pickle, not preserved. Pack sliced green peppers in a sterilized pint jar, along with 2 or 3 cloves of garlic (cut in half), 2 bay leaves, and ½ teaspoon salt. Fill jar with equal parts of boiling water and boiling vinegar. Seal and let cool, then refrigerate at least overnight before using. Store in refrigerator up to 2 weeks. (I first made this with distilled white vinegar, which was good, but it’s even better using white wine vinegar.)

Quick Beef and Cabbage skillet – Simple food, but I could eat this at least once a week, and my husband loves it too, even as reheated leftovers!

Did you know Old Bay Seasoning contains ground bay leaves? (I can’t stand the stuff, but I know some people who would still eat it even if it bay leaves were toxic.)

Do you have a favorite way to use bay leaves?

*translates to: “I don’t know what”

Bonus Points to anyone who caught my movie reference and can name the actor who said the line. You win the internet.

Bobbie Laughman is an elder caregiver, writer and introvert who is bad at small talk, but occasionally gets on a soapbox about one thing or another, and feels embarassed about it when she comes to her senses. Contact her with questions or feedback at Bobbie@home-ec101.com

38 thoughts on “How to Use Bay Leaves: The Misunderstood Herb”