Sometimes I go on food kicks. I don’t know why, not too long ago it was Tex Mex all the time. Right now, I just can’t get enough of buffalo sauce. While I would love to indulge in buffalo chicken sandwiches frequently, that’s just not a reasonable choice. As it gets hotter and we do more of our cooking on the grill, grilled buffalo wings are a fun option for a casual dinner or as part of the menu for a cookout or party. When I grill wings, I tend to set some aside for the kids who do not share my fondness for buffalo wing sauce. They’ll learn or I’ll move onto a different kick for a while, either way I’m not going to stress about it.

I love grilling wings, it’s quick, it’s simple and there’s not a lot of fussing. I know the cheap bags of chicken wings say they can be baked in the oven. Don’t do it. They are a slimy mess. I vastly prefer grilled wings where the fat has dripped away, it’s a better experience of taste and texture.

You’re not getting a standard recipe for grilled buffalo wings, rather I’m describing two methods to use.

This technique can be used regardless of your sauce choice. If you prefer to marinate your wings, you’ll need to keep a close eye on them to prevent scorching. The second method may be preferable. Sugars in many marinades tend to burn easily.

You can cook wings from frozen, I know this goes against my usual recommendation of not skipping temperature stages. Wings are an exception due to their size and the amount of surface area they have. It’s not the same as trying to cook a roast. If you cook from frozen, do not toss the wings in olive oil, you’ll just make a clumpy mess.

Before grilling, toss the wings in olive oil and season lightly with a bit of salt -unless they are the wings with sodium solution and then just hope they aren’t too salty to start with. You can also skip the olive oil and just give the grate a quick spritz or brush of olive oil or cooking spray.

Keep in mind the directions for grilling are the same whether your wings are already separated into drummetes / wings or are whole with the wing tips. I find the whole wings a bit easier to manage, but that’s not what I had on hand last night.

Heat your grill, if you’re using gas, you’ll want a medium flame. If you’re using charcoal arrange the briquets so you have space for indirect grilling, if you want to use the second option.

Direct grilling – Cook the wings over medium heat, use the hand test (described in that link) rather than relying on the usually inaccurate knobs. Grill the wings 12 – 15 minutes per side, moving them around occasionally. Close the grill’s lid between wing shuffles, but stay close to control flare ups.  All grills have hot and cool spots, moving the wings around helps to ensure that they are cooked evenly.

Sear + Indirect Grilling – Cook the wings over direct, medium heat for 2 minutes or so per side, then move all of the wings to the indirect portion of the grill and cook for 30 minutes, turning at least once. The indirect method takes a little longer, but generally gives more tender results. If you have a charcoal grill, you can toss on a few wood chips to give the wings a wonderful smoky flavor. 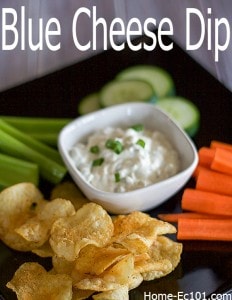 If you happen to run out of propane before the wings are done, you can finish them under the broiler in the oven. Use the low setting and keep the wings a few inches from the flame or element.

Place the wings in a bowl with a tight fitting lid and toss with buffalo sauce before serving with blue cheese dressing and celery, I like to add scallions to that blue cheese, but I’m weird.