Dear Home-Ec 101,
I have long wished to use washing soda and borax–suggested in all sorts of green home guides for everything from dishwashers to washing machines–but I cannot find them locally. Internet searches have been to no avail either. Do you know where I can buy them online?
Thank you!
New reader of your blog

Borax can be difficult to find because it’s not as marketing heavy as your other cleaning products. You’ll need to go the laundry aisle of a big box store (Walmart, Target etc) and then look toward the bottom of the shelves or out of reach on the top shelves. Prime shelf-space comes at a cost that the borax manufacturers usually can’t justify. Keep your eyes peeled, it’s there. 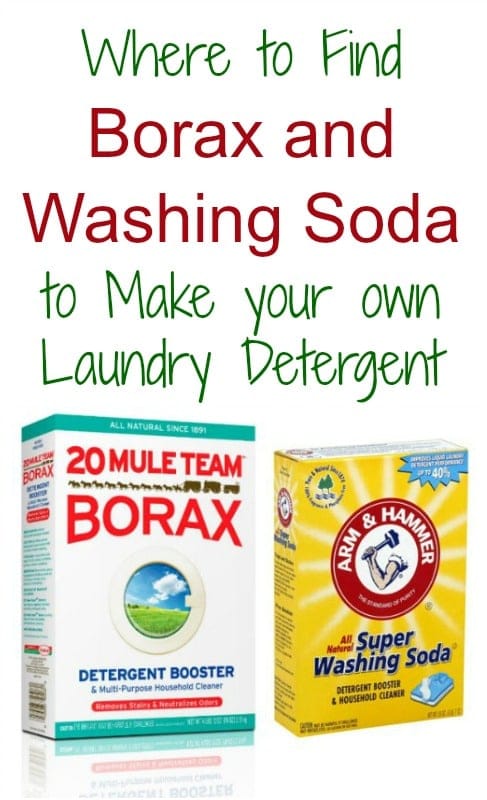 Washing soda can be harder to find. It is sodium carbonate (Na2CO3) which is a little different from sodium bicarbonate, which we all know as baking soda. Washing soda is also known as soda ash. When you look to buy washing soda for laundry you can get nearly the same thing from a pool supplier, but there CAN be a slight difference. This is where label reading and chemistry come into play.

If you buy washing soda or soda ash from a pool supplier, you are most likely getting an anhydrous form of the compound -meaning it does not have water molecules attached to the Na2CO3. When you buy washing soda / soda ash for the laundry you are often getting the decahydrate or monohydrate (just think of it as how many water molecules are included) form of the compound that may also contain optical brighteners, salts for water softening, and sometimes fragrance.

When making your own soaps, please realize that the substitution is not one to one. Laundry washing soda ash is much heavier, due to all those water molecules than the variety sold in pool supply stores, so experiment carefully and make sure you know which one you are using and what was expected by the original recipe. If it calls for laundry washing soda you’ll use significantly less of the pool variety.

Arm & Hammer Super Washing Soda is a good choice and is about 85% pure, if my research is correct. If you use this brand, know that you won’t be using that much more than if you were to use the anhydrous soda ash.

Submit your questions to helpme@home-ec101.com.

*UPDATED 5/28/2013 with the above information, the original response is below*

I had a hard time finding Borax too, until I knew where to look.  The original plan for this post was, I was going to zip all over town and take pics at WalMart, Target, KMart and a couple of grocery stores of Borax and washing soda for you. The problem with that plan was, my 13 year old failed to mention that 1. the band concert was tonight and 2. he had outgrown all his black dress pants and therefore we needed to buy a new pair. So, we got a picture of Borax at KMart, since that’s the closest place to my house that sold both black dress pants and Borax.

Borax and washing soda both are found in the laundry aisle at most major discount stores and grocery stores. Washing soda is harder to find as is evidenced by my picture: 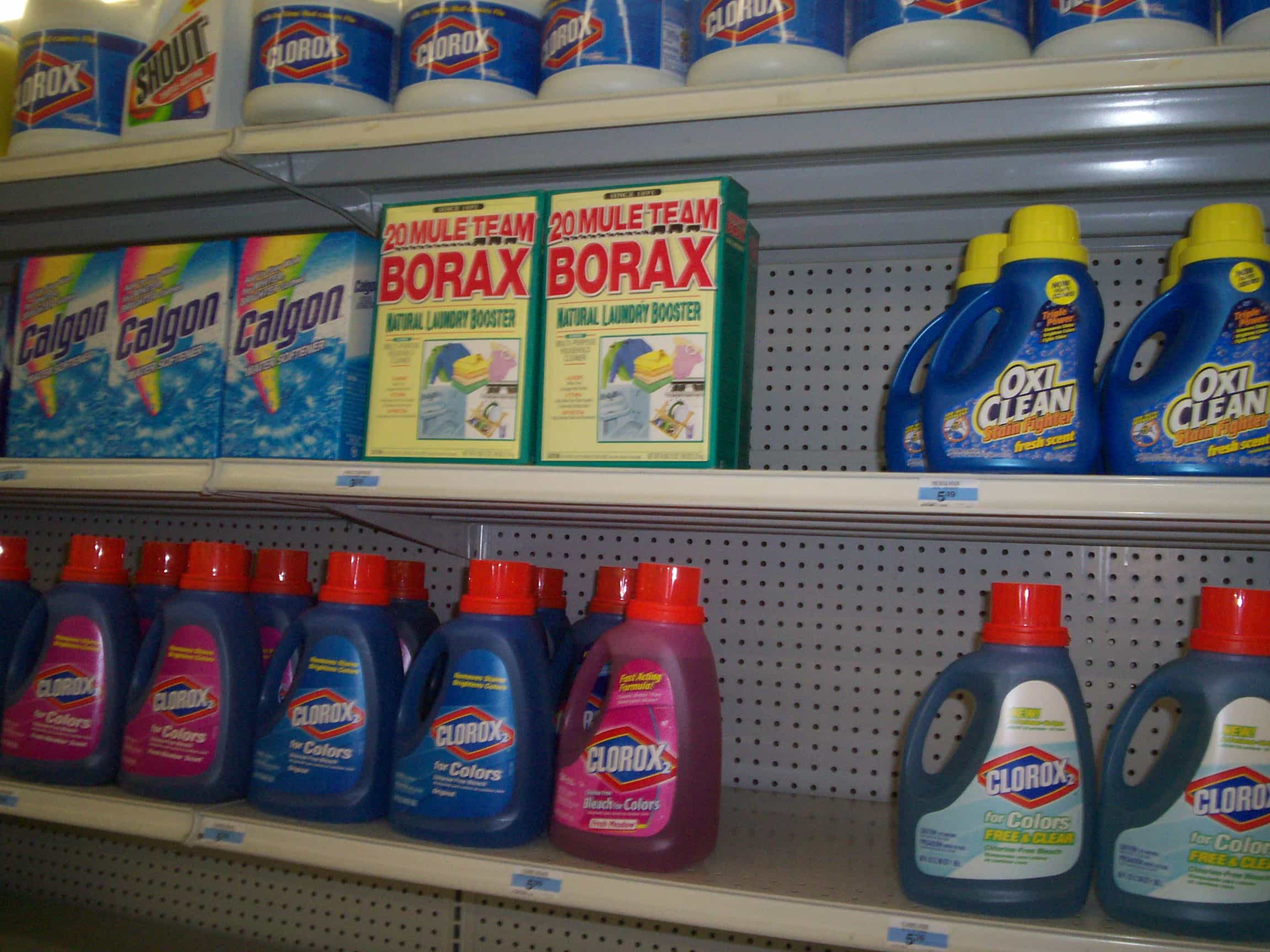 Look for it by stuff like OxiClean and that sort of stuff. I’ll run around this week and take more pictures of Borax and washing soda. And readers, if you have any Borax or washing soda sightings, post a picture!

I also hear you can buy washing soda at pool supply stores. It’s also called soda ash, so be on the lookout. [see above info before using this]

66 thoughts on “Borax and washing soda and where to find it all, oh my!”