Dear Home Ec 101:
OK, here is a gross one for you ladies. How do I fix my smelly washer? It smells so nasty that it’s embarrassing. I have tried wiping it with bleach

and water and it just comes back. Should I air it out? Is it mildew or something worse?

Well, Smelly, at least you aren’t having problems with bodily fluid stains like many other people who write in. Yes, the problem is mildew and maybe some bacteria, just for additional fun in your front loading washing machine and more specifically, the gasket.

I also used to own a front loading washer and have previously dealt with the same mildew problem. When you live in an area of high humidity fighting mildew is a never-ending battle.

The first thing to do is tackle the existing odor and after that, change your habits just a little bit to prevent the problem from recurring.

Front loading washing machines have a rubber gasket that prevents water from leaking and ruining your floor. (Its job is important, we aren’t questioning that). Unfortunately, the gasket also traps small amounts of water, lint, and hair providing, combine that with the dark, still interior and you have the perfect mildew growing environment.

How to fix the mildew smell.

First, clean out any hair and lint that has become trapped anywhere in the seal. You may find tiny drain holes near the bottom that may be blocked. I found tweezers helpful to unclog these. You may also want to use gloves and a rag as the scum that can grow here can be pretty foul. 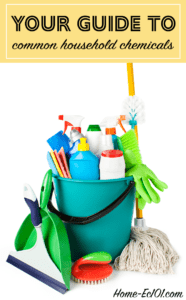 Buy a refillable spray bottle from the laundry/cleaning aisle. Fill the bottle partway with a sodium percarbonate solution [plain Oxiclean

], and spray the rubber gasket. Allow the solution to sit for 10-15 minutes before wiping. Run the washer on the sanitary cycle with additional sodium percarbonate in the soap dispenser and vinegar in the fabric softener dispenser.

When the cycle has finished wipe the gasket dry and leave the door open allowing the machine to air out. These steps should remove any existing mildew. If odors still linger contact the manufacturer and order a new

These steps should remove any existing mildew and its odor. If odors still linger contact the manufacturer and order a new

How to prevent the mildew smell in the future

Keep that gasket as dry as possible.

While it’s not necessary to wipe the gasket between each load, at the end of the day’s use wipe it dry and leave the door ajar.

Important note: If you have cats, always check the interior before loading, so ole Fluffy doesn’t end up in the spin cycle.

Submit your questions to helpme@home-ec101.com.

11 thoughts on “How to fix your smelly washer”